Οκτωβρίου 01, 2019
From the 11th to the 20th of October VZ studio presents an exhibition of new works by Italian artist Arianna Giorgi. The works on show were created during Giorgi’s six-week residency at VZ which initiated the studio’s “work-in-residency” programme.

The exhibition title makes reference to the various consecutive hypotheses which accompanied the artist’s creative process during her residency. It was also inspired by Giorgi’s experience of a city with a remarkable history which continued through the ages. 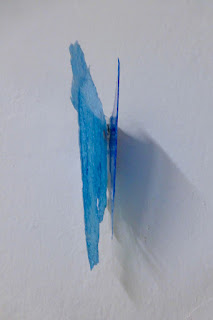 The works suggest a sense of brightness akin to the gold background of Byzantine icons and to the “Gold” of Macedonians. Drawing on historical elements of the Roman, Byzantine and contemporary periods of Thessaloniki and using materials such as brass, fiberglass and gold leaf, but also found objects that she collected while exploring the city the artist constructs a visual and tactile environment. The show is organized around a series of works including “Acheiropoiitio”, “Hypothesis for an angel”, “Diocletian”, “Hypothesis for a martyr (Prisca)”, “The Great Fisherman (Constantine)”, “Justinian” and “Presence of Theodora (Flavia Massimiana), and a video piece titled “Sun at night” which gives the impression of a colorful mosaic made out of pixels.

At 21.30 on the opening night of the exhibition, Friday the 11th of October, and at 21.30 on Saturday the 19th of October the artist Nikos Triantafyllou will present his performance piece “Pros-kinimata”. The performance, which references a number of theological elements associated with the Byzantine period of Thessaloniki, draws on the repetitive practices associated with worship.

The exhibition is curated by visual artist Vasilis Zografos. 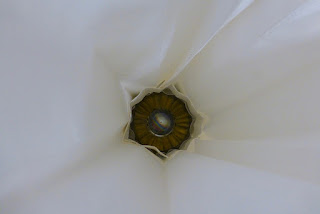 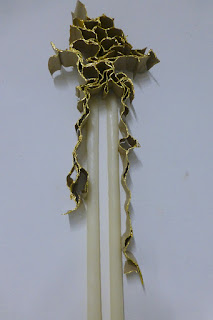 BE my GUEST | Press Release

Angeliki Douveri’s work is part of a series of videos that she started making in 2001. In all of them, a pair of hands form, on an empty surface, a sequence of words made up by scrubble letters. In -less than normal, the succession of words refers to the “loss of the familiar”, creating free associations around comfort, wandering, lost hope.
-less than normal: 60 words about the beginning of 21stcentury,2017 B/W video dimensions variable 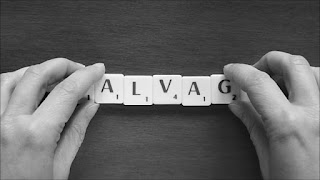 BE my GUEST | Δελτίο Τύπου